Before the Echo (Sequence) 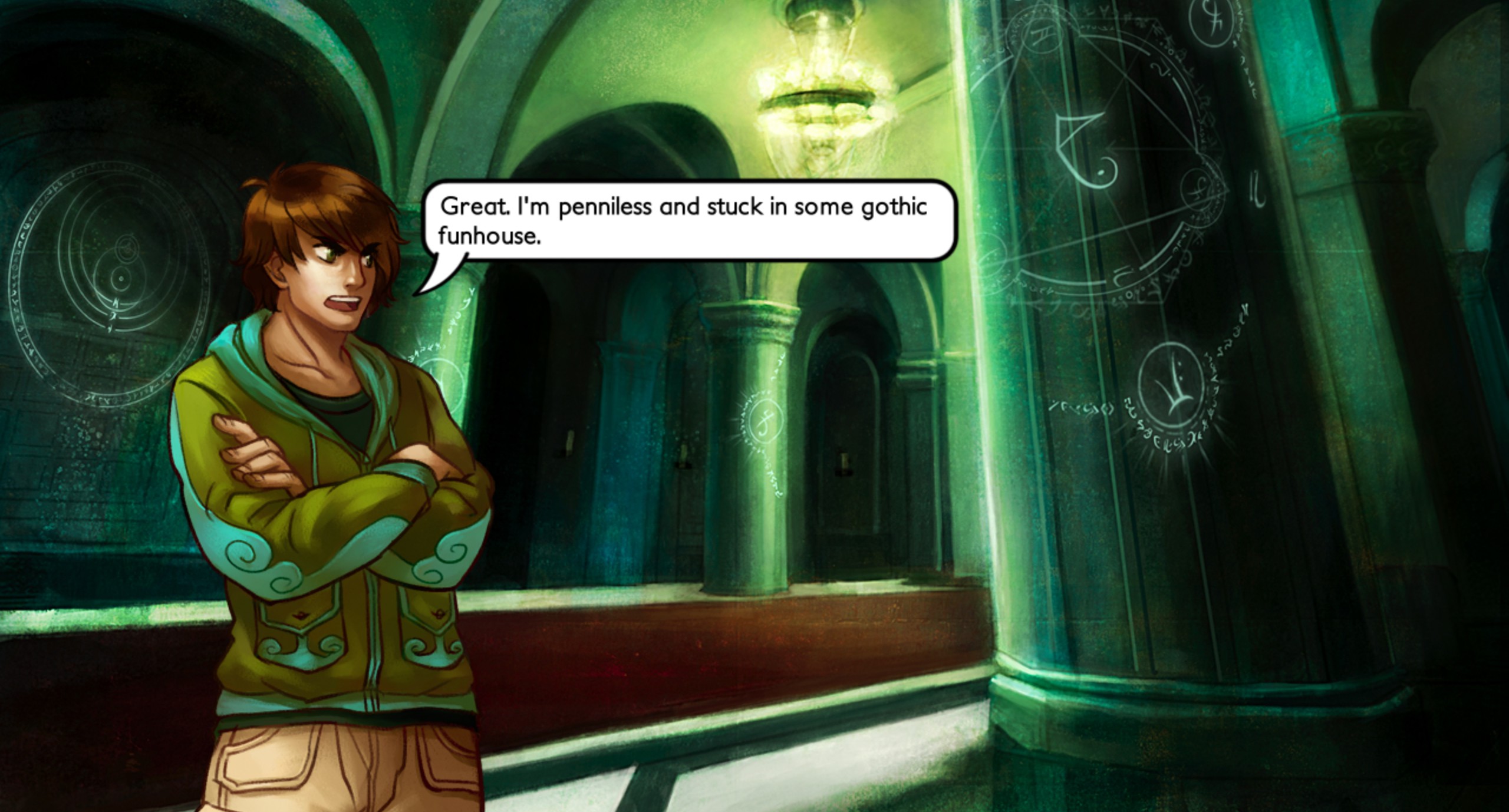 You wake up with no idea where you are, very little grasp of what is going on, and a snarky female blasting you with information and commands via intercom. The threads of the tale are woven, between back and forth from the protagonists and squaring off against the resident beasts in dance battles. Sounds strange? Well, the concept is weird, but this is the world of Before the Echo.

When the game was originally released on the Xbox Store, it was listed as “Sequence”. However, due to certain legalities and tying this game with Iridium’s later release, “There Came An Echo”, the current title is “Before the Echo”, as seen on Steam. The protagonist that you play as is Ky, a college student who wakes up from being drugged to find himself in a strange tower filled with various monstrosities that wish to kill him. Snarky yet rolling with the punches, his curiosity and desire not to be monster chow guide him to finding a way out.

Counterpoint to Ky is Naia, set by those who run the tower to be Ky’s Shepard, teaching him about how he can survive in this realm, along with filling him in on the plot as much as she can. The two tend to go back and forth, their dialogue very reminiscent of what snarky college students do.

Each floor is guarded by a colorful individual, leading to a boss battle in order to progress upwards. Even though their interactions are rather limited to a scene or two, they are definitely a colorful point throughout the game.

This game is a strange hybrid between RPG and rhythm, melding Dance Dance Revolution style arrow with hit point based combat/leveling/inventory management. Each floor of the tower constitutes a selection of monsters to battle for items, recipes to synthesize, and a boss to take on before progressing to the next floor, digging further into the story.

One of the unique features (not sure if this is still functional on the Steam version) is that players were not limited to a standard Xbox 360 controller. Support for the Guitar Hero guitar controller and the Dancepad were also supplied, which makes sense in my mind considering that this is a rhythm based game. My playthrough, I will admit, was done only with the controller.

Combat takes place in a conjunction of 3 boards: a blue board, which matches supply mana for casting spells; a green board, where cast spells are performed in order to activate their effects; and a red board, where matches are used to block enemy attacks and avoid damage. Players need to dance between the three boards, balancing getting mana for their attacks and avoiding damage with firing spells to take care of the enemy within the time limit.

The game starts off by giving you access to a few spells. However, as you progress, you’re able to create scrolls to teach you various spells, from dealing damage over time, to setting up a barrier to block damage, to healing, and everything in between. Story progress also unlocks being able to have more spells set at once, allowing a wider variety of options in combat.

Using a spell scroll requires you to hit a certain percentage of arrows for a song. While it’s more intensive in a single screen than the normal game, it is just a single screen, allowing you to calmly focus as if you were playing DDR. Success adds the new ability to your repertoire.

Each floor offers a set of recipes to craft, various items to aid Ky’s adventure. These include equipment, scrolls for learning new spells, keys to unlock the bosses, and inhibitors, used to prevent nasty effects in combat. Synthesis requires two parts: materials found as drops from the monsters, and experience earned from combat. How much experience is sacrificed determines the percent chance the synthesis will be successful, creating a delicate balancing game of being successful in fusion and not losing too much experiences or levels. 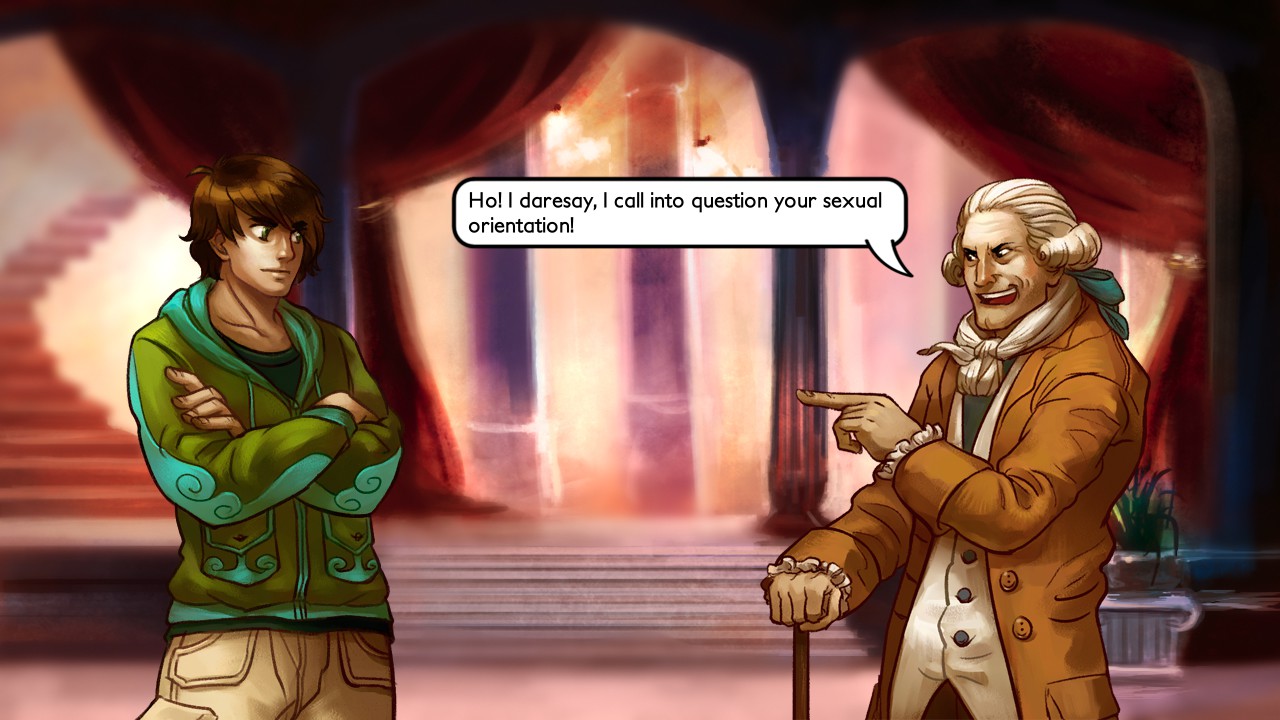 Each floor is capped off by a boss, a unique encounter with a different song and rhythm to face. What makes these special are two parts: the first is that a key must be synthesized to unlock the fight. The second is that each boss has their own special ability to hinder your attempts of victory. These vary from floor, and are a pain, such as making the arrows vanish as they get close to your hit spots or reversing what buttons correspond with the arrows.

The bosses are all quite characters, and their dialogue is worth the trouble of the battles. Considering that these are the only other characters in the game beyond our protagonists, they have quite the shoes to fill, and they do so admirably. As opposed to most big budget games, the visuals in this game are quite simple: painted still backgrounds for the various locations, recycled for combat, and a few two-dimensional sprites for each of the characters. Progressing like a visual novel, the visuals are pleasing enough to look at without being overwhelming or anything to write home about. The enemies are also numerous, but some are just recolors of prior encounters. 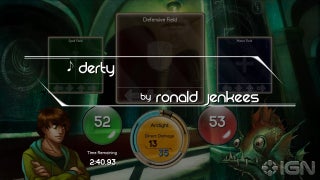 This is where the game shines.

A soundtrack created by Ronald Jenkees and DJPlaeskool, a multitude of electronic and synth songs that are used not only for the fights, but also filling in the menus and safe rooms. There is an unfortunate limited number of songs, leading to quite a few repeats across the multitude different foes. However, I personally am a big fan of the soundtrack, and went out of my way to collect the songs for my own collection.

I’ll admit, the downloadable demo limited me in the amount of time I could play it. So I deleted it, redownloaded it, skipped past what I had done, and played further. I did this two more times. Then I bit the bullet and purchased the game.

Looking back on it now, since it has been years since I purchased and completed it, I still remember it fondly and would recommend it to anyone who enjoys rhythm games. The story is not super deep, the music is limited, and the mechanics are strange and require adapting to and enjoying the strangeness. However, the written dialogue is a shining beacon, the visuals are beautiful in their simplicity, and I found myself humming the songs and asking the developer where I could get a soundtrack since I missed getting it as a Kickstarter reward. The length is not very long, with completion probably occurring in ~6 hours, which plays into everything going so well; I feel a longer game would have lost its shine.

For me, it’s worth the price tag, and I would recommend it. Definitely take a gander before going, just because this is not your average game.