Kingdom Hearts has come through many years, and many different side games, still awaiting for the numerical third one. It has grown to quite a large beast, but it has its humble origins.

Kingdom Hearts is the love child of Square Enix and Disney, a crossover of various worlds being infected by a darkness that snuffs out the light, and the legend of a weapon known as the Keyblade which opposes this darkness and keeps those worlds safe. 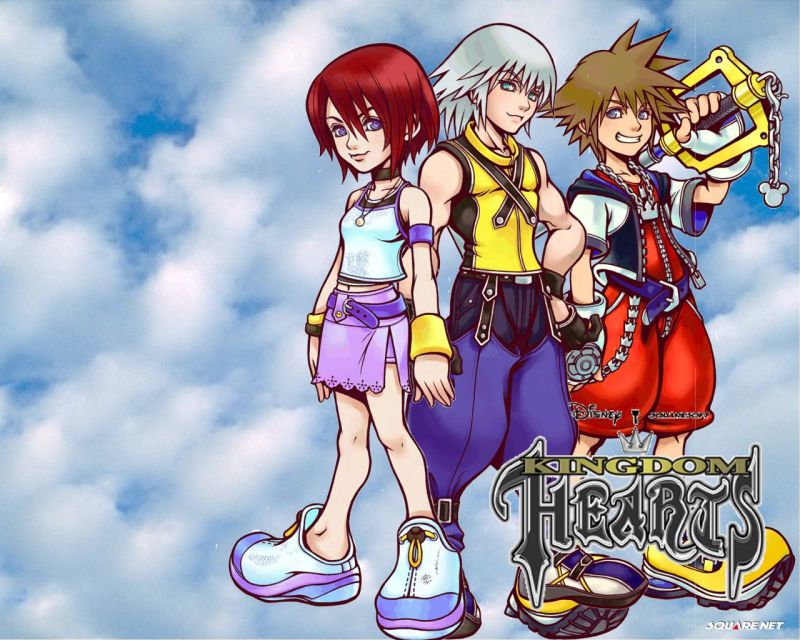 Our protagonist in this adventure is Sora, a young boy who spends his days with his two friends, Riku and Kairi. Due to mysterious circumstances, the three of them are split up, leading to the various adventures of Sora as he travels to find his friends once more. 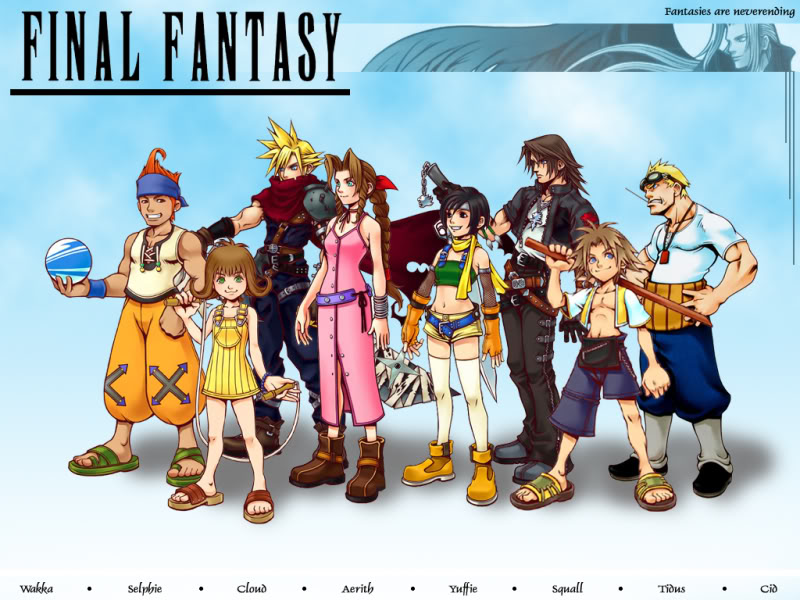 Quite a few Final Fantasy characters appear across the worlds. Tidus, Wakka, and Selphie are children who are friends with Sora. Squall (who prefers going by Leon in this game) along with Yuffie, Aeris, and Cid all show up in Traverse Town and assist from time to time. Cloud also appears in the Colosseum, opposing Sora to try to find his own lost light.

And of course, there’s a familiar optional boss.

Moving from world to world, many Disney characters are encountered, from Agrabah to Tarzan, from Peter Pan to Nightmare Before Christmas. Each world brings its own vibrant cast. Beyond this, Goofy and Donald join Sora to help him find his friends and combat the darkness.

Sora and his friends live on a small island, enjoying their summer and working for a way to go explore the world. However, a freak storm resulted in the friends being separated, Sora ending up in a strange town, and being bestowed with a mysterious weapon known at the Keyblade. Certain parties take interest, and Sora cooperates in order to find his friends, working to seal worlds off from the same darkness that attacked his home.

Kingdom Hearts, as opposed to most of the Final Fantasy games, is an action RPG, following the adventures of Sora. Sora and his party travel from world to world, working on protecting each world from the darkness known as the Heartless, dark beings formed when a heart is lost, as they search for Sora’s friends, and the missing King. 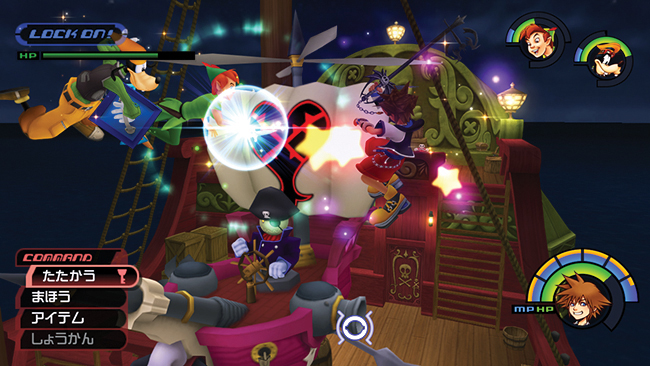 Combat takes place in real time, Sora and his allies moving and attacking at the same time as the enemies. Sora is able to attack, move, cast magic spells, or use items. Reaching certain points will cause enemies to spawn, no transition to a battle screen. This forces the player to keep on their toes, due to enemies being able to pop up in a normally tranquil area. Combat comes to an end once the enemies have been defeated, or Sora has moved far enough away from where the enemies have spawned from.

Each world has a boss to face in order to triumph, along at certain points in the story. Bosses can not be escaped from, and must be defeated to continue on with the game. 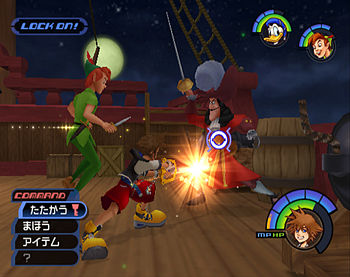 For Sora’s adventures, he is the only playable character. However, he is allowed two allies at once. Goofy and Donald are always available. Most worlds, though, have a unique ally for that land, such as Tarzan for the world of Tarzan, and Ariel in Atlantica. 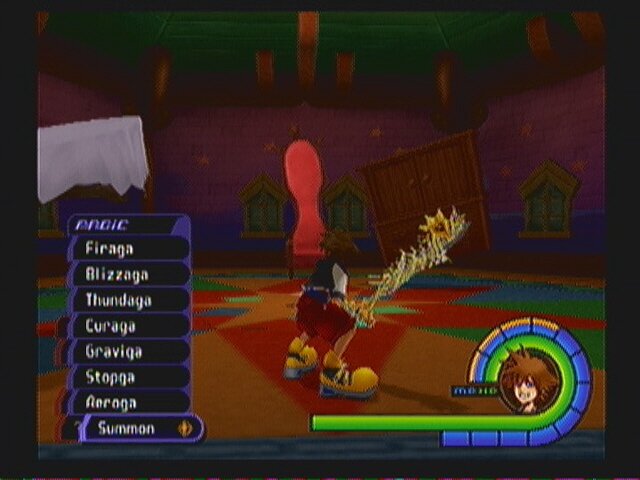 Throughout his travels, Sora can learn various magic spells, pulling from the classics in Final Fantasy, such as Fire, Blizzard and Thunder. These spells can also upgrade: Fire going to Fira, and then Firaga. These require MP, the blue meter, in order to cast, which recovers either through items or striking enemies with physical attacks.

There are special spells called Summons, which call a creature from another world to assist Sora in combat, either through attacks or healing Sora. They have a limited time to be called, but are beneficial to pulling out of a pinch.

There are a few unique worlds, such as Traverse Town and Hollow Bastion; however, most of the worlds are pulled from Disney movies, such as Alice in Wonderland and Hercules. Within the worlds, Sora encounters characters from the movies and is tied up in helping them out as he works on sealing the world from the darkness.

Looking into the visuals of the original version against the high definition one, there is a definite improvement. The blocky style in the original due to it being on the PS2 is not the greatest graphics, especially looking at it in the modern day. Still, it is not the worst, and the CGI cutscenes are at a nicer level than the typical style. 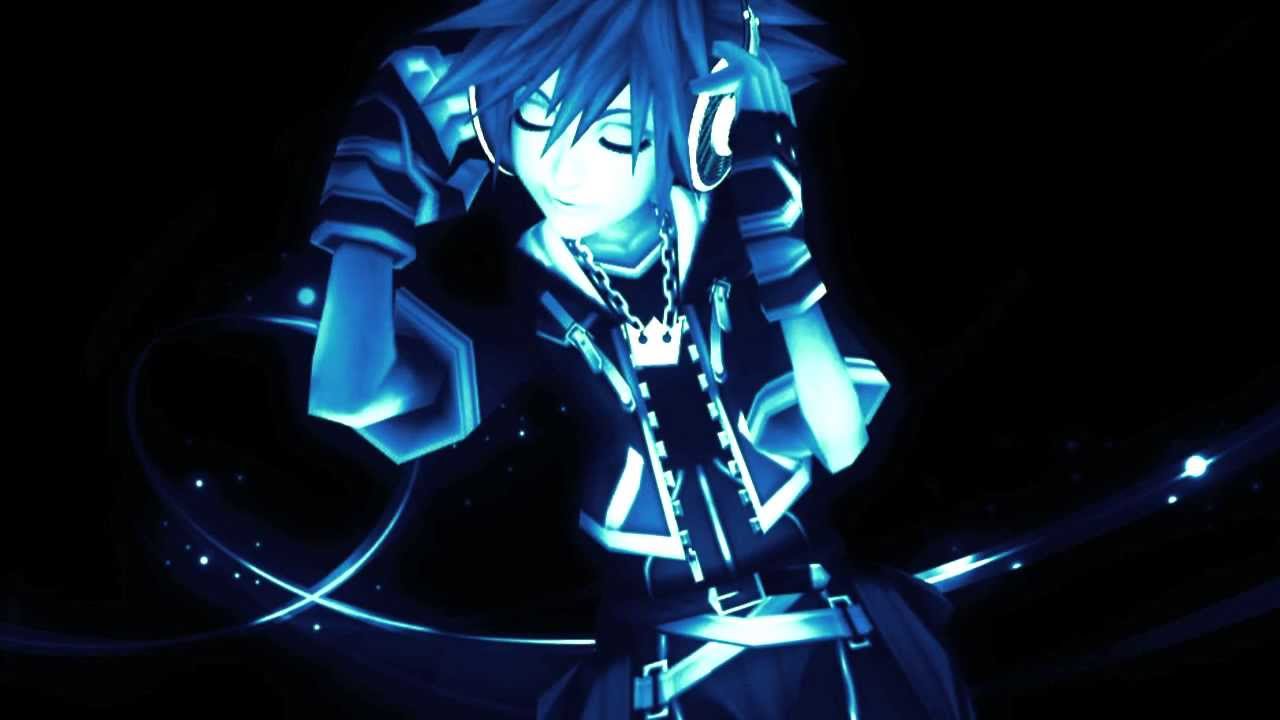 The music of Kingdom Hearts is performed by Yoko Shimomura, and is a wonderful blend of unique fantasy and remix versions of Disney songs. I’ll admit I love the soundtrack, and purchased it imported from Japan.

The most famous of all of the songs is “Simple and Clean” by Hikaru Utada, and has been used multiple times. I still love it, even though I’m feeling like it’s a bit overused at the moment.

I remember when I first heard about the game, and decided to preorder it, along with the guide. I do not regret that choice, even if I feel like the overall series has become convoluted. I don’t think the original game has aged well, though the remixed versions are quite lovely to play, and definitely worth the time, whether it’s your first foray into the world of Kingdom Hearts, or you’re revisiting it. The story was simple at this point, the sound was lovely, the visuals leave something to be desired, and the combat, while not as fluid as the later versions, is still very nice. I would definitely recommend at least this one. It’s a strange blend on paper, but it works quite well once you pick up the controller and go.